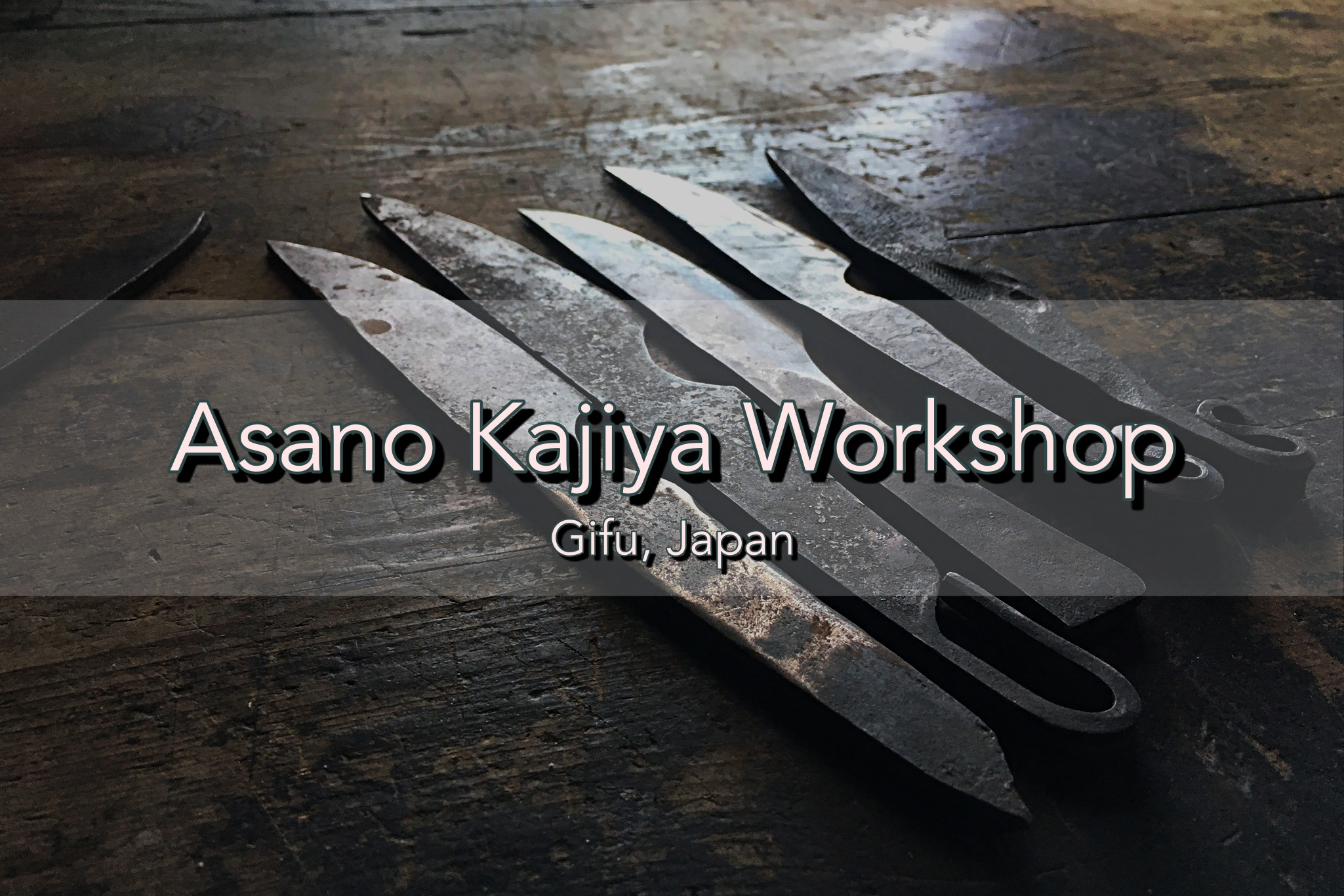 As we exited the train station, Taro-san's apprentice stood outside patiently waiting to drive us to Asano Kajiya. We had some difficulty at the station and ended up missing our train, eventually arriving half an hour later than we had planned.

When we arrived at the forge, we were greeted with an excited smile.  Taro-san's enthusiasm and love of forging were infectious from the start.  As one of the few remaining master swordsmiths left in Japan, he was truly at the top of his craft. 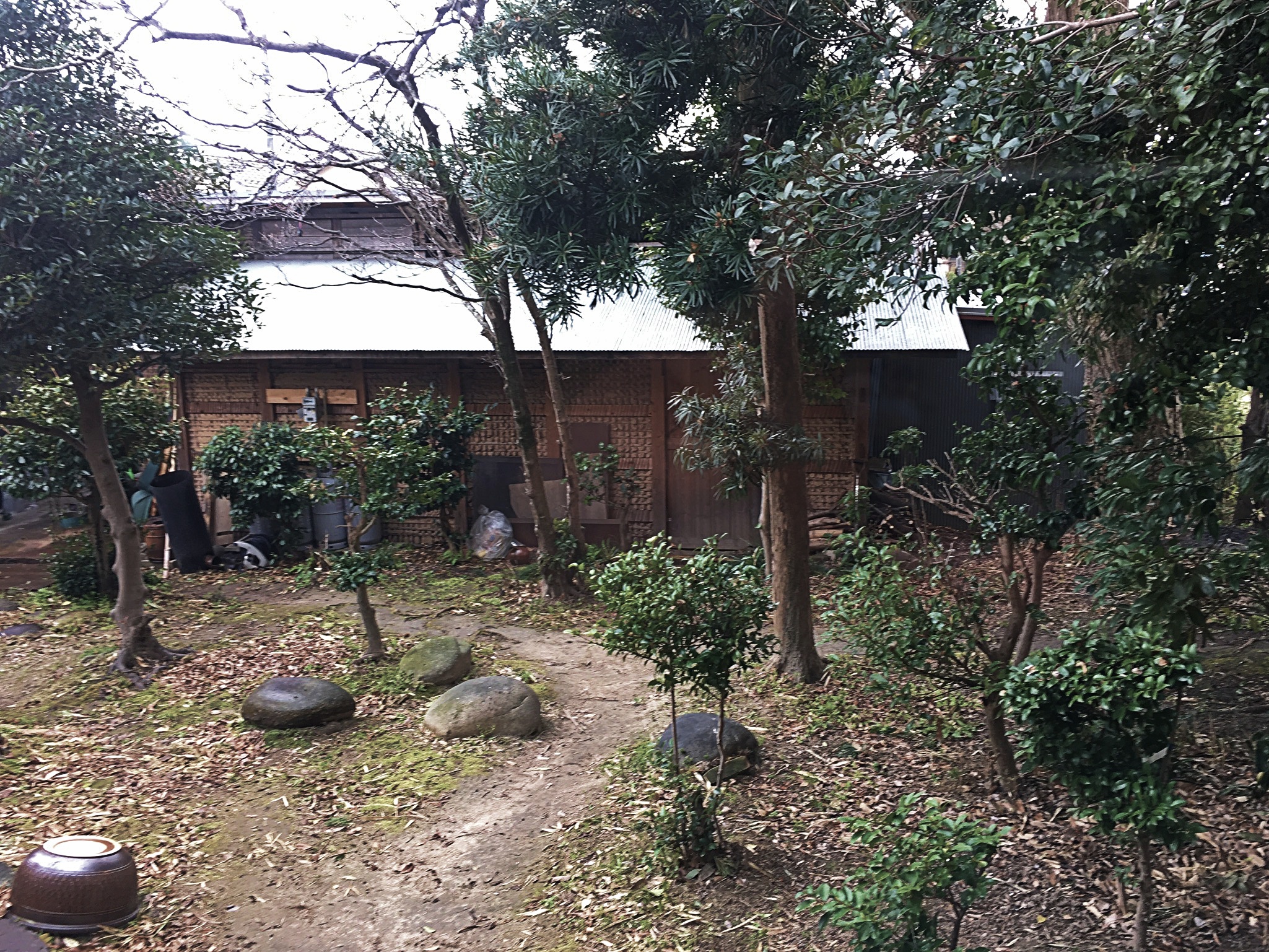 Before we could begin, Taro covered the foundation of the forging process. We learned that there are four basic steps: forging, shaping, hardening, and sharpening. Here he explains the science between each step and its importance. 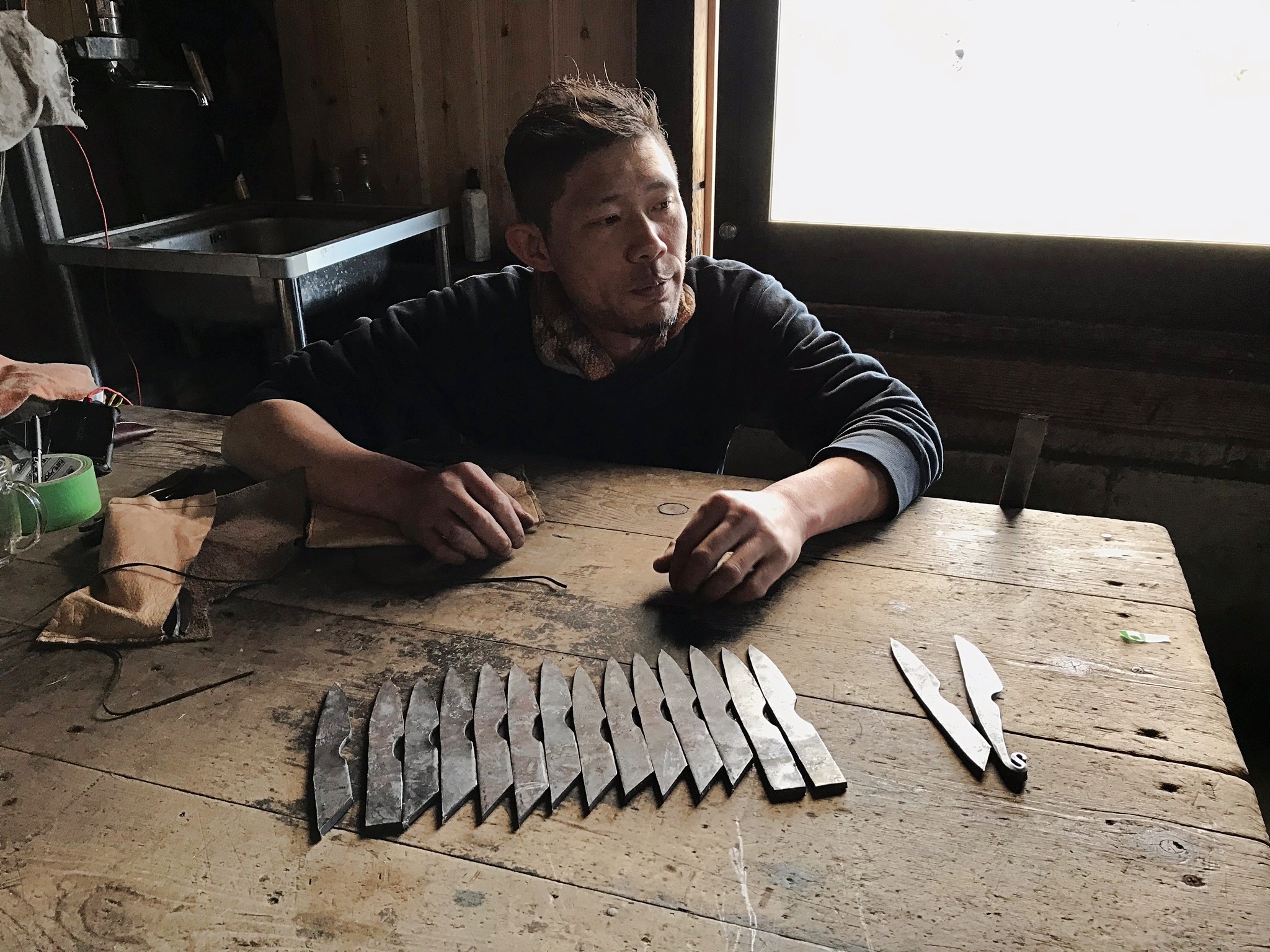 After the basic explanations were over, Taro-san walked up to the forge and began to hammer a long piece of steel.  The rhythmic cadence of his hammerfalls were almost meditative.  As the steel began to glow brighter and hotter with each stroke, he explained that ancient Japanese smiths considered fires started this way to be sacred, since they were pure and created from the metal itself.  After touching the steel to some kindling and coal, he pumped the bellows and the forge sprang to life! 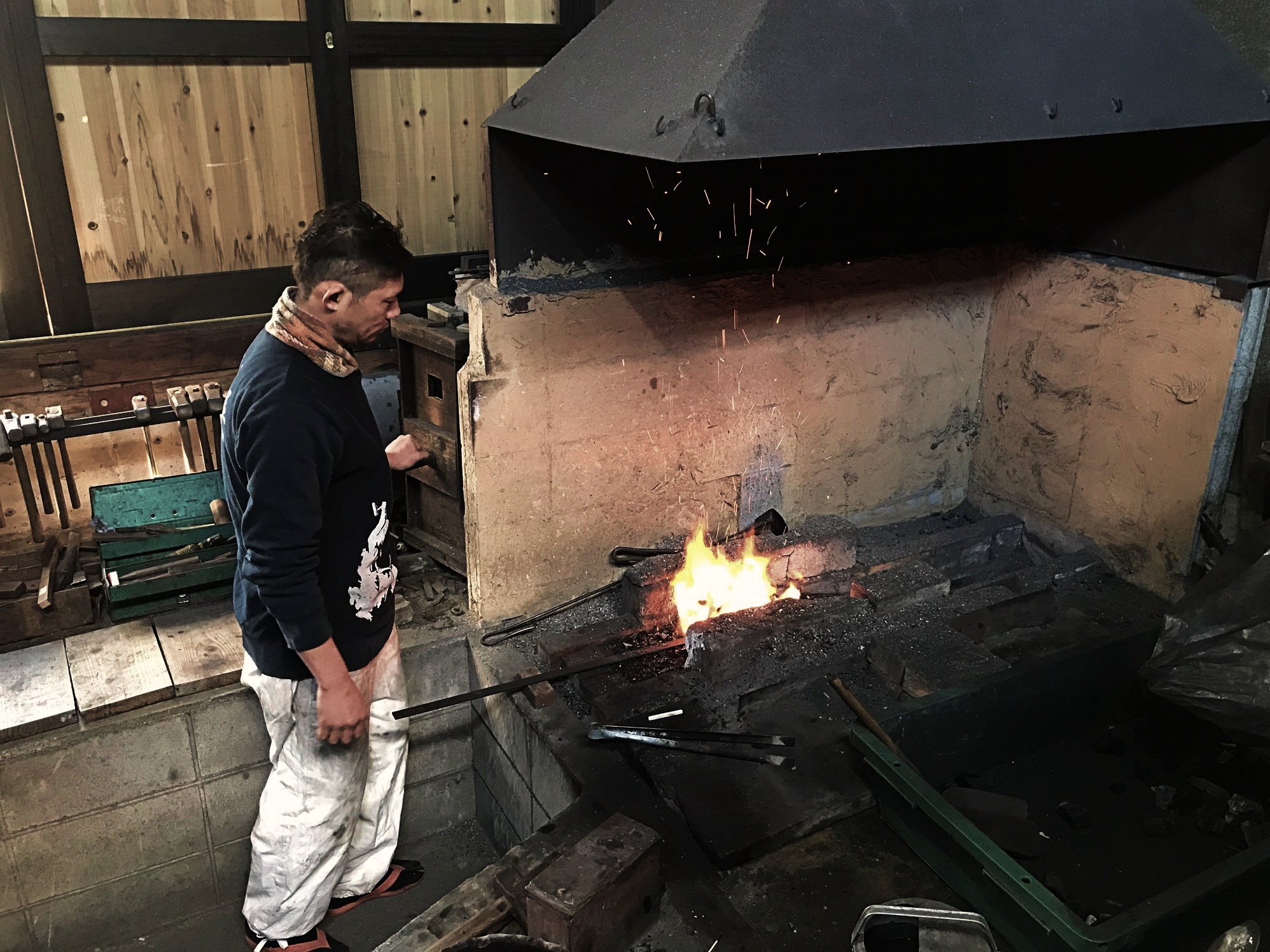 He demonstrated the proper way to heat the metal and how to hammer it to the desired length. One by one, we all dropped down into the forge to have a go at it while he shouted out directions from above. 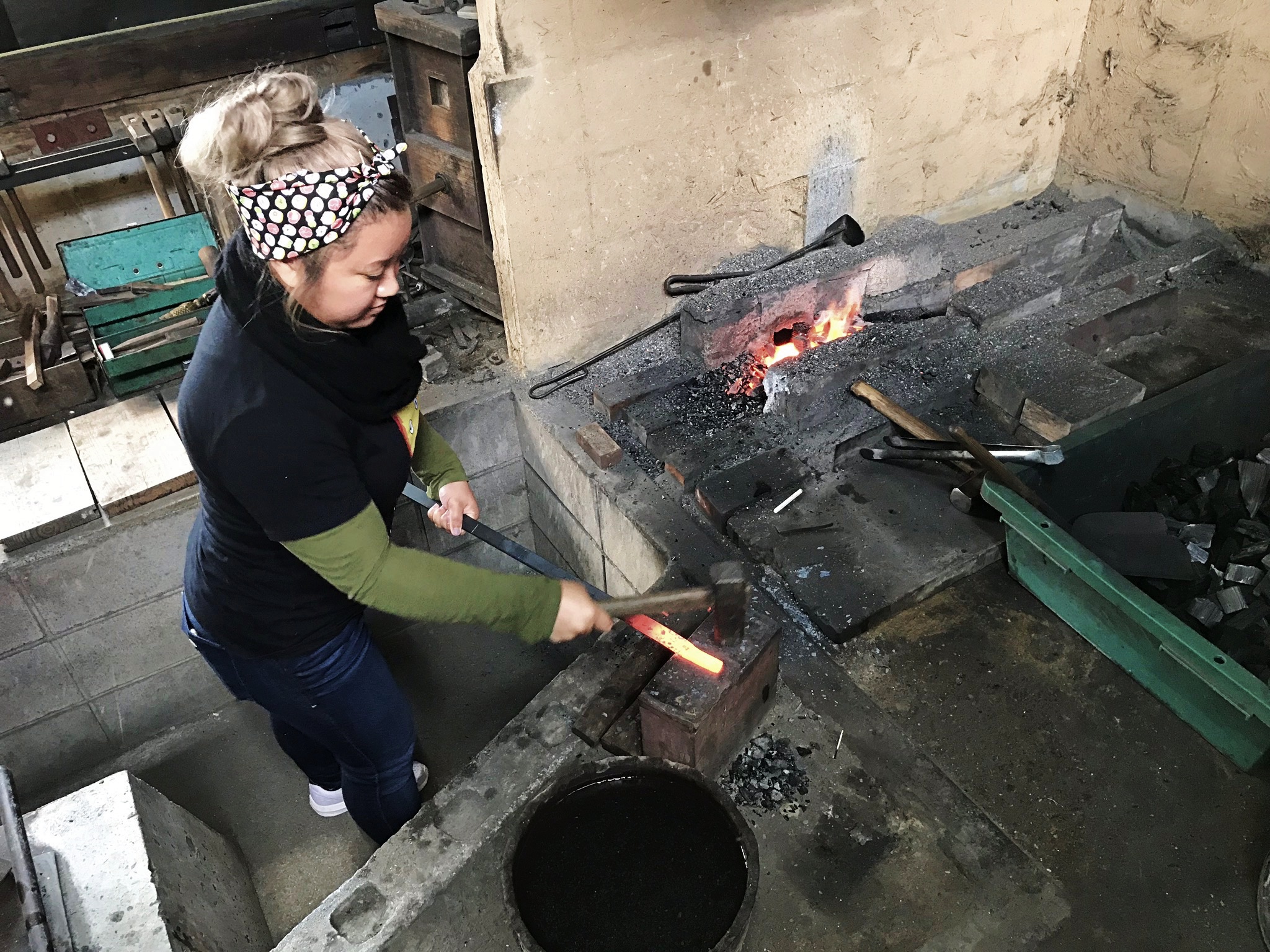 Once everyone got a turn to practice, we were separated and got to work at our own forge and anvil setup. First, we got to work on stretching the handle and tapering it at the end. This would allow us to then make the snake tail afterwards. 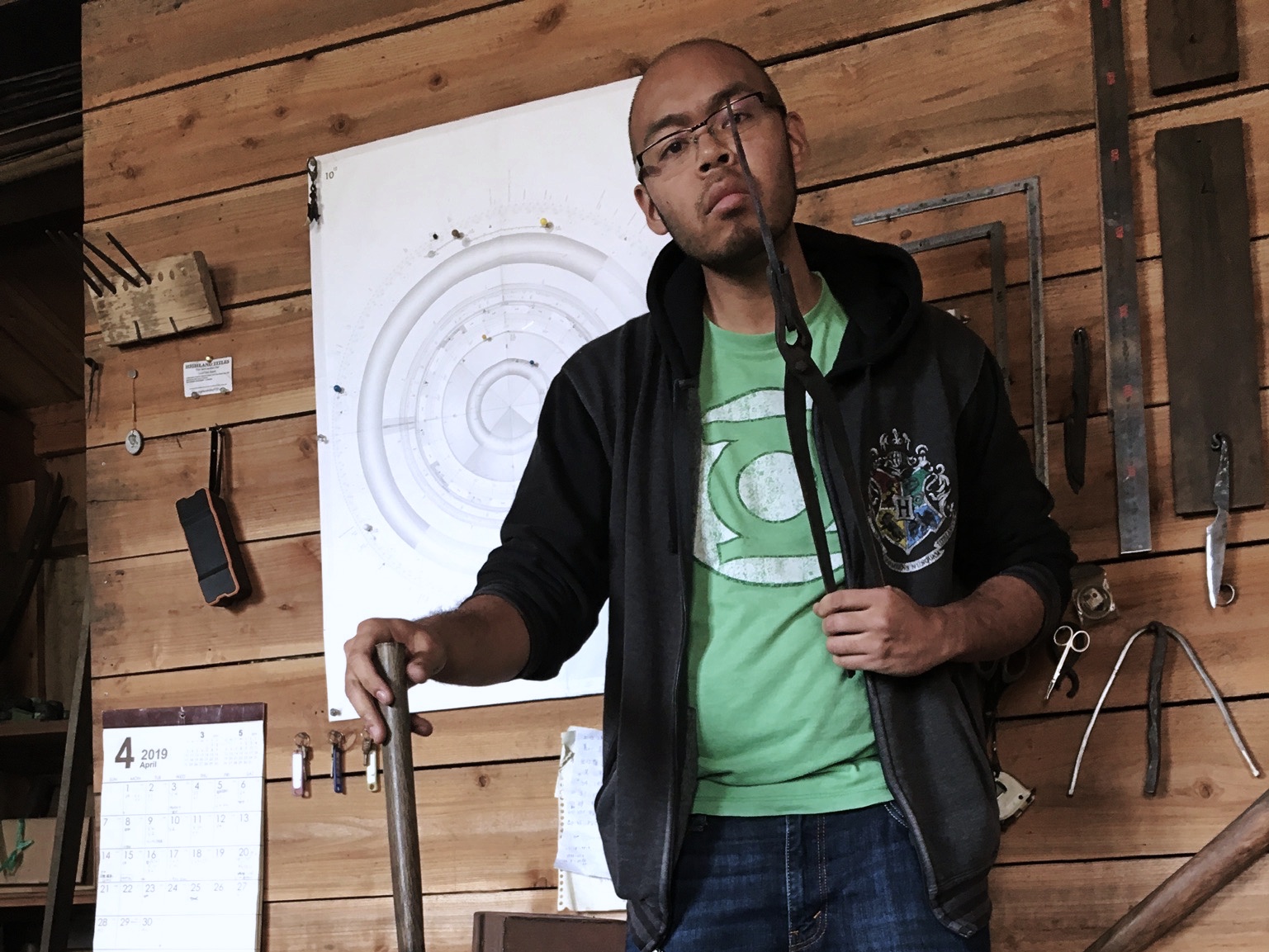 Here is what the handle looks like once we had completed that task. 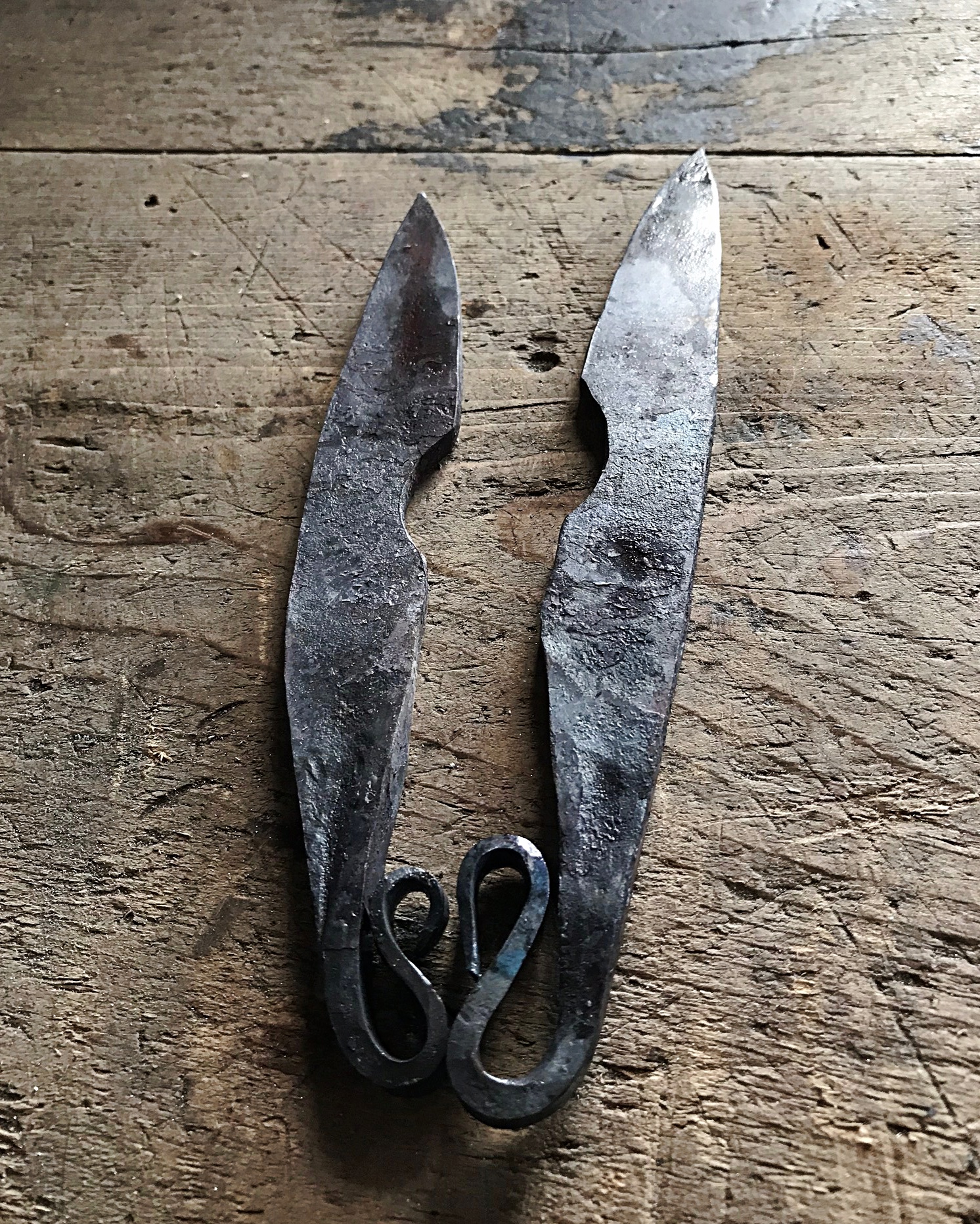 After we finished the handle, it was time for a quick break and then we moved onto forging the blade!

This work went pretty quick and soon we were ready to quench our blades in the oil. Taro guided us through the process of heating the blade to the correct temperature before lowering it into the dark liquid.

When all the blades were quenched, they were set to cool while we had lunch. Taro's wife had made a spread of tonkatsu with curry, rice, pickled veggies, and bread rolls. 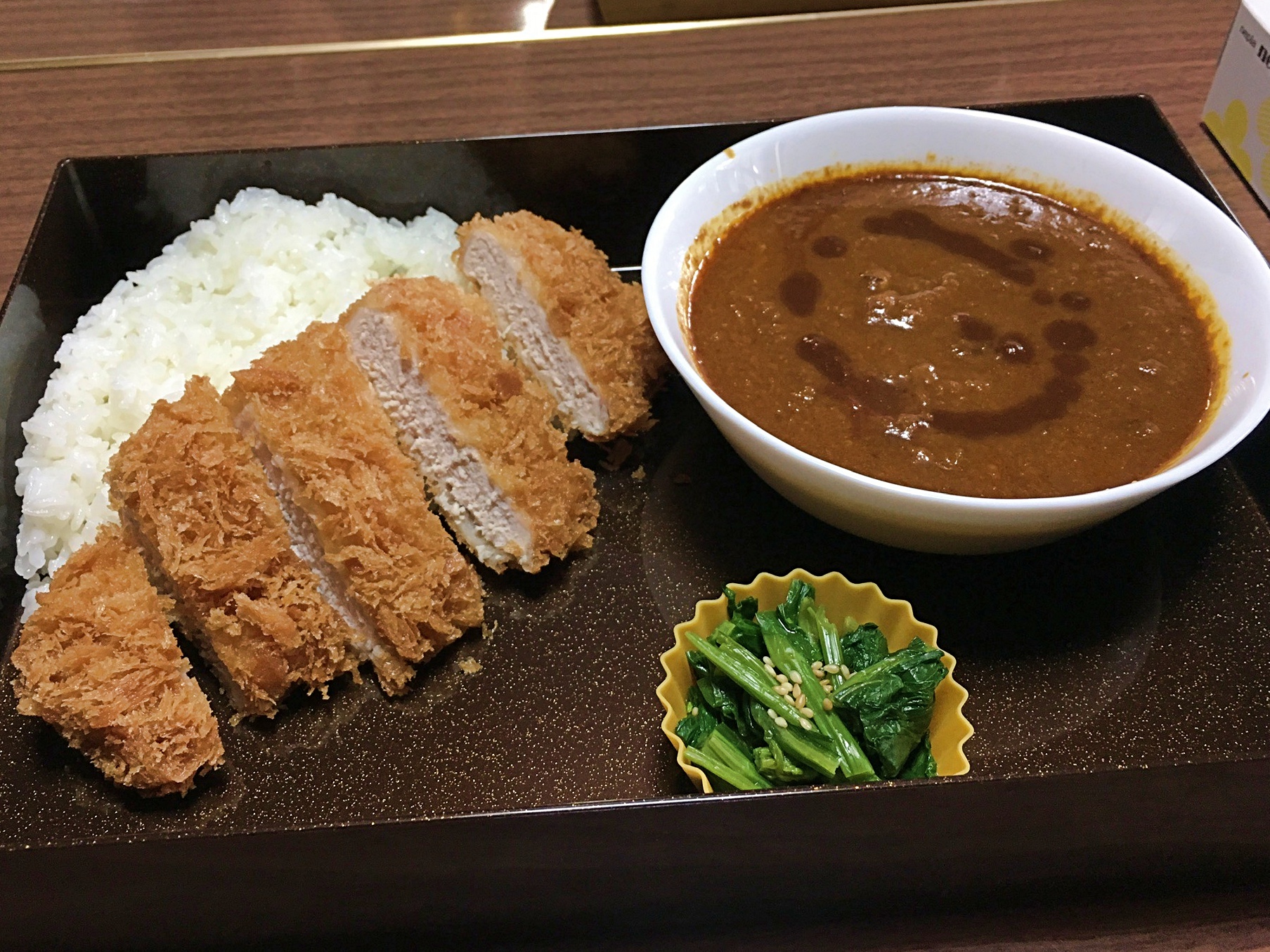 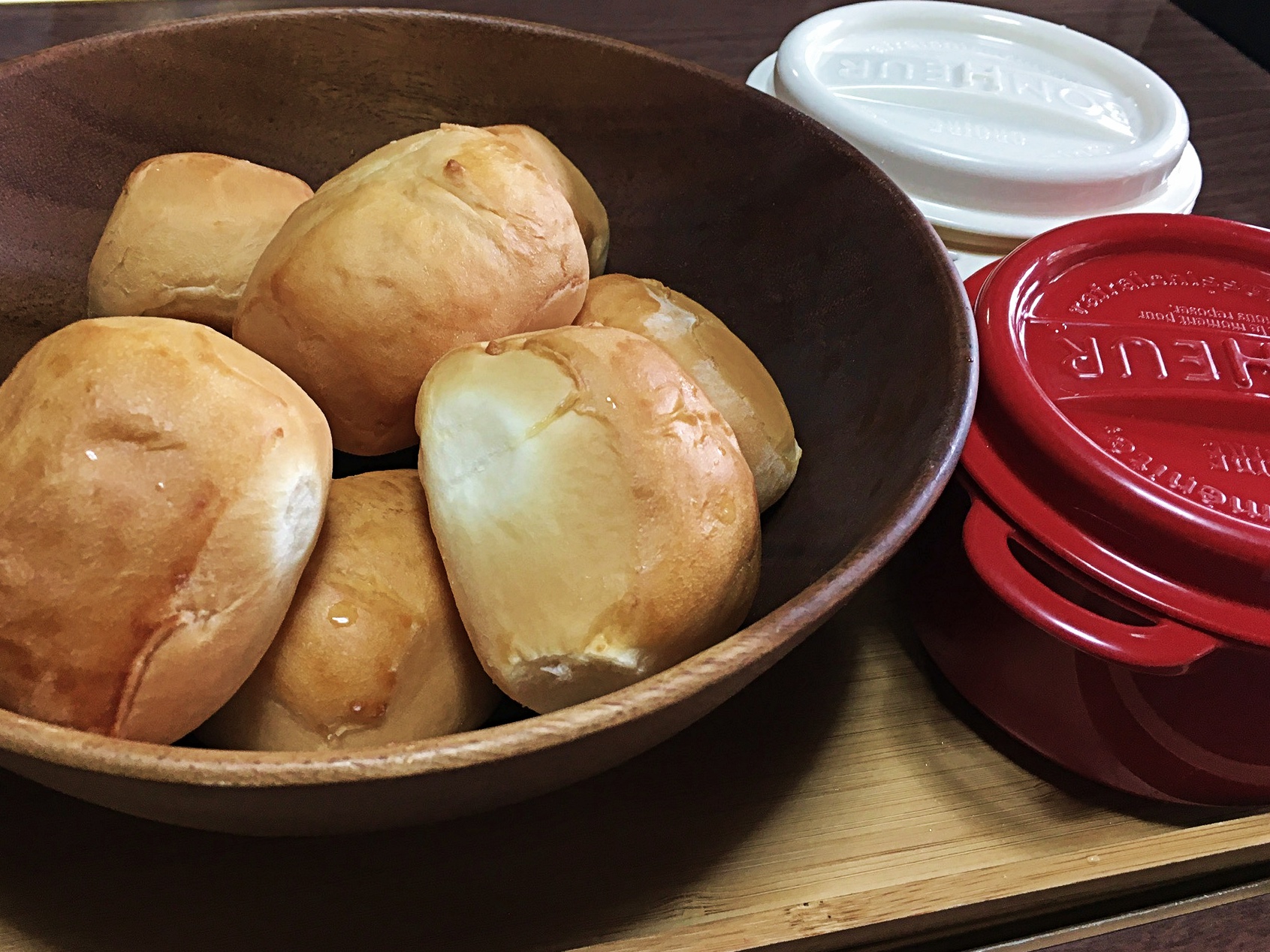 We had an hour to eat and rest our aching wrists and shoulders. Once we were back in the workshop, we were set to smoothing all the rough edges on our blade.

Then we were shown how to properly sharpen the edge of the knife using a whetstone. 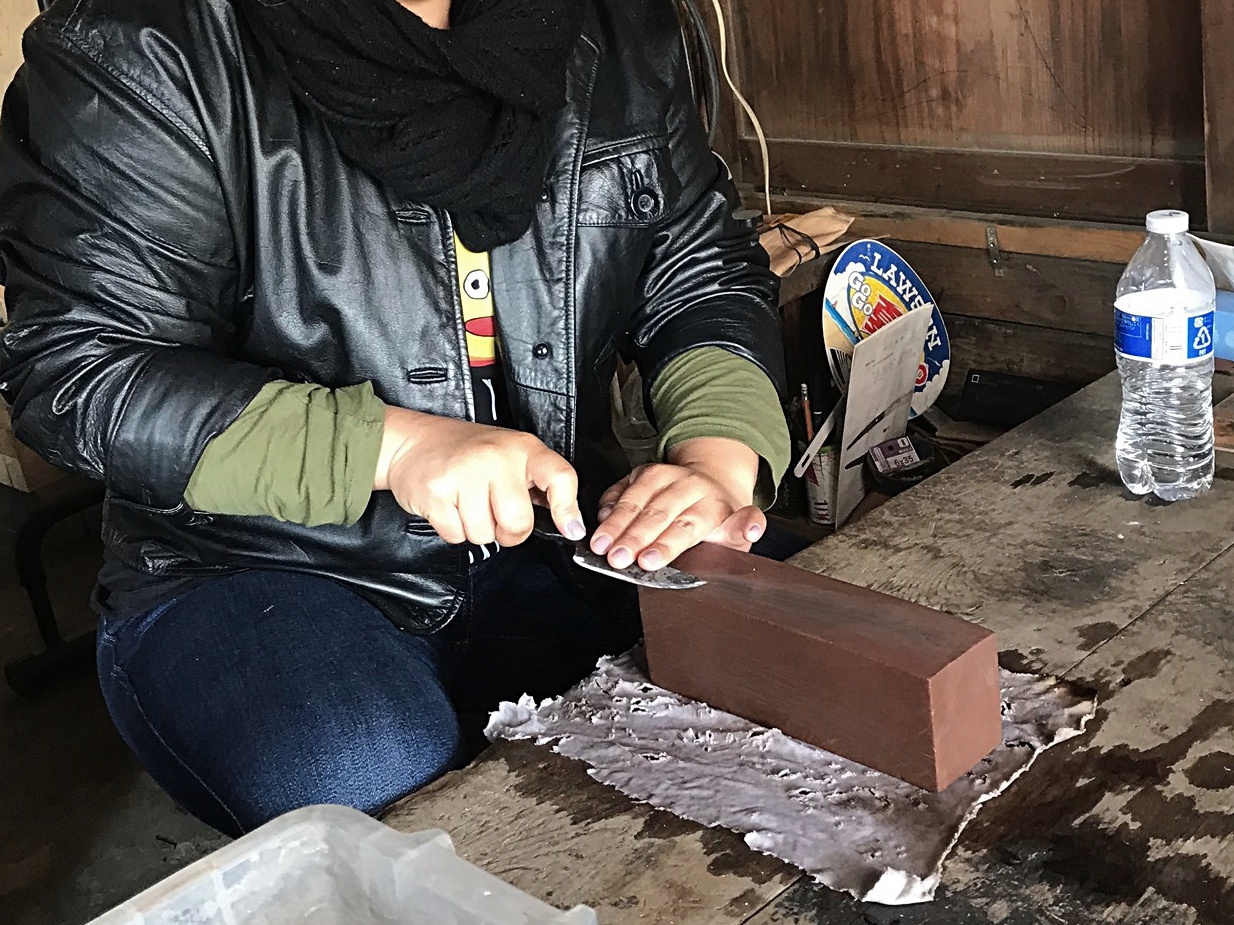 We all sharpened our knives one at a time. Those who weren't sharpening their knives got their name stamped into the blade while they waited their turn. And here are our sharpened blades side by side! 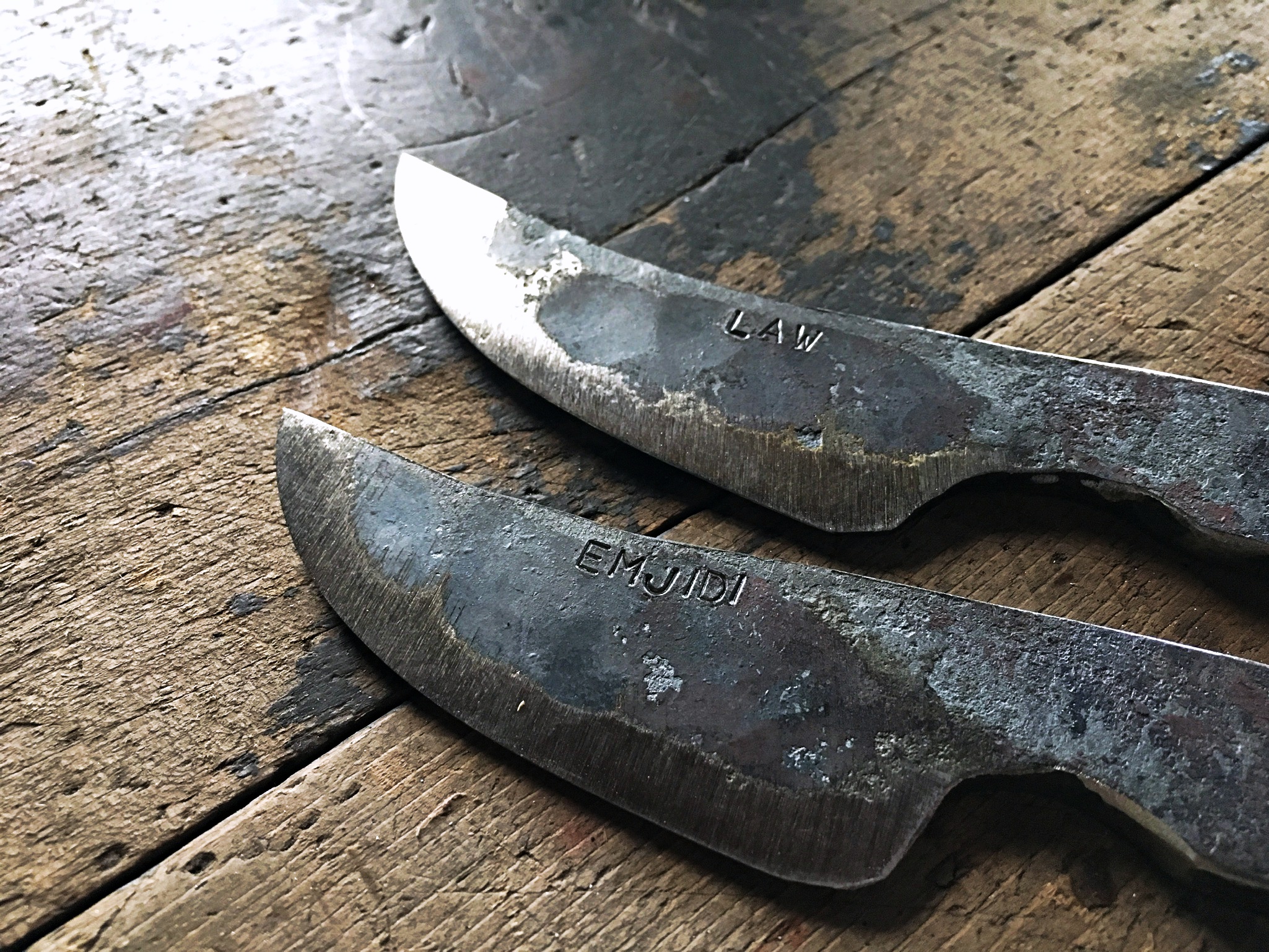 And now to put our blades to the test!

Our blades can cut! This was a really fun class and it was something that we had both wanted to do for a long time now. We would definitely recommend this for all you knife aficionados out there or for those of you who are looking for a unique experience in the Gifu region!

And of course, we couldn't leave without buying one of his personally forged kitchen knives.  I mean, how often do you find a kitchen knife forged by a master swordsmith? 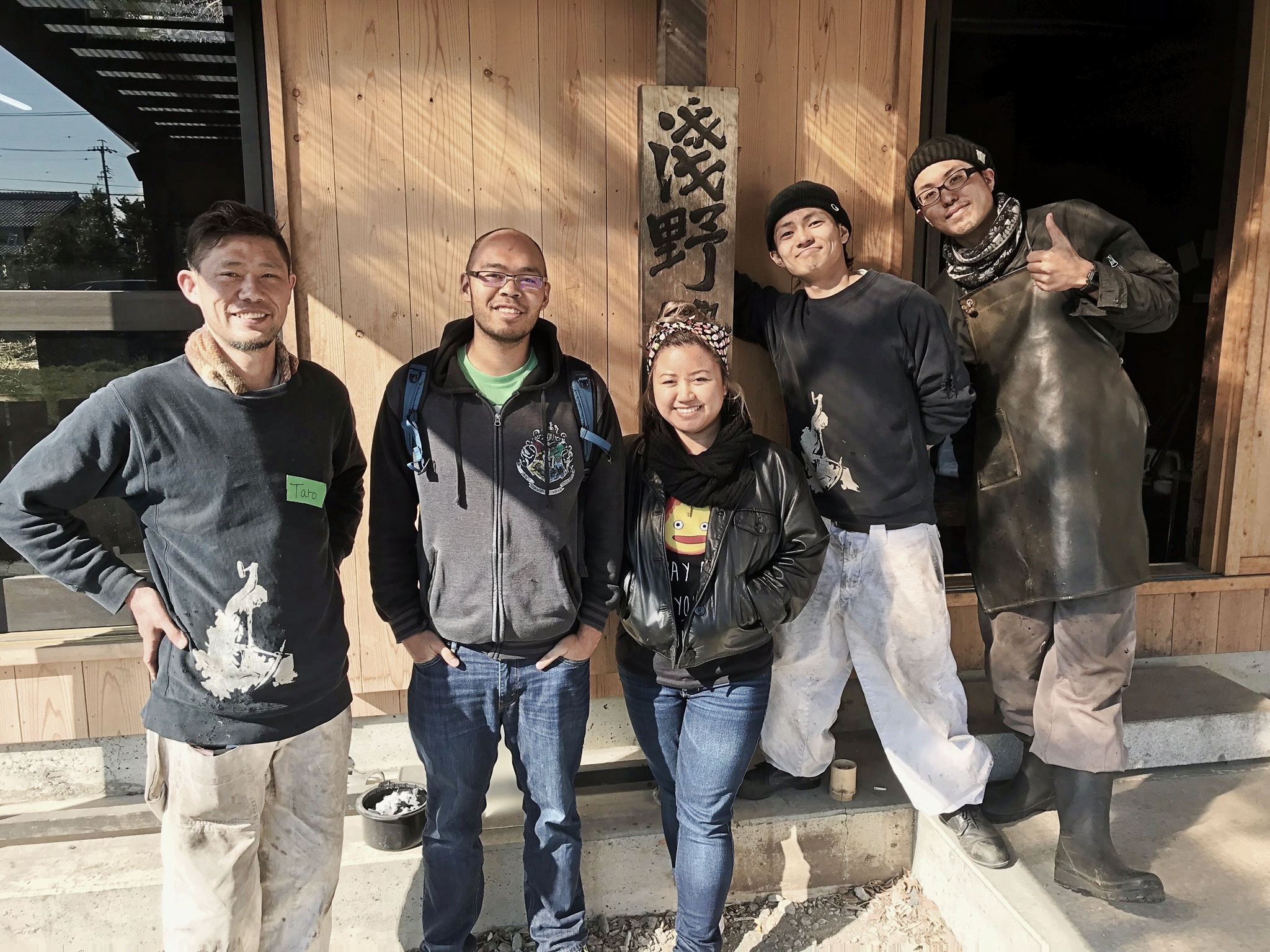